Avatr Technology, previously known as Changan NIO, closed a new round of financing, increasing Changan's stake and decreasing both CATL's and NIO's shareholdings. Avatr Technology, previously known as Changan NIO, closed a new round of financing, with NIO seeing its shareholding further diluted due to its continued absence.

Avatr closed a nearly RMB 5 billion Series A round of financing, bringing the post-investment valuation to nearly RMB 10 billion, its controlling shareholder Changan Automobile showed in an exchange announcement Tuesday.

The financing will accelerate Avatr's future product development and design and brand development, with a second new model currently in order, the announcement said.

Changan will increase its shareholding in Avatr from 39.02 percent to 40.99 percent with additional capital of RMB 1.169 billion.

Avatr's second-largest shareholder, power battery giant CATL, did not participate in the financing and thus saw its shareholding diluted from 23.99 percent to 17.10 percent.

NIO also did not participate in the financing and saw its shareholding diluted from 1.13 percent to 0.81 percent, below 1 percent for the first time. Avatr was formerly known as Changan NIO, which was founded by Changan and NIO on July 10, 2018, when each party held a 50 percent stake.

However, several years have passed and Changan NIO has not made any substantial progress, while NIO has no time for the joint venture despite its strengths in intelligence and electrification.

At the end of May 2021, Changan NIO announced that it would change its name to Avatr Technology, without the word "NIO", marking the end of the legacy carmaker's efforts to explore joint ventures with new carmakers.

At the end of last year, Avatr announced plans to bring in a new capital injection of RMB 2.42 billion from a number of companies, including CATL, which would dilute NIO's shareholding to 1.13 percent.

Last November, Avatr's first model, the Avatr 11, was unveiled, which is expected to be officially launched on August 8, and its deliveries are expected to start within this year.

On June 25, on the first day of the Chongqing auto show, Avatr and Huawei signed a comprehensive strategic cooperation agreement and plan to jointly build high-end smart cars. 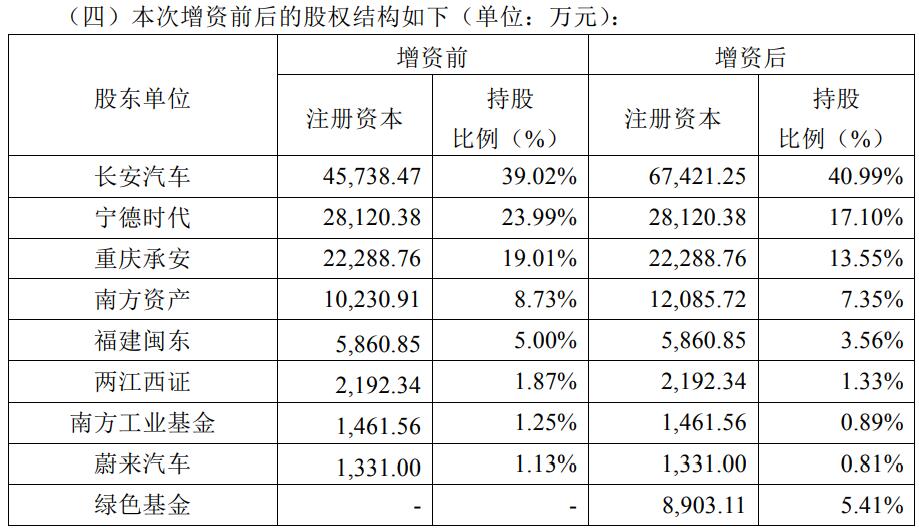 Preview
The copyright of this article belongs to the original author/organization.
The current content only represents the author’s point of view, and has nothing to do with the position of Longbridge. The content is for investment reference only and does not constitute any investment advice. If you have any questions or suggestions about the content services provided by Longbridge, please contact: editorial@longbridge.global